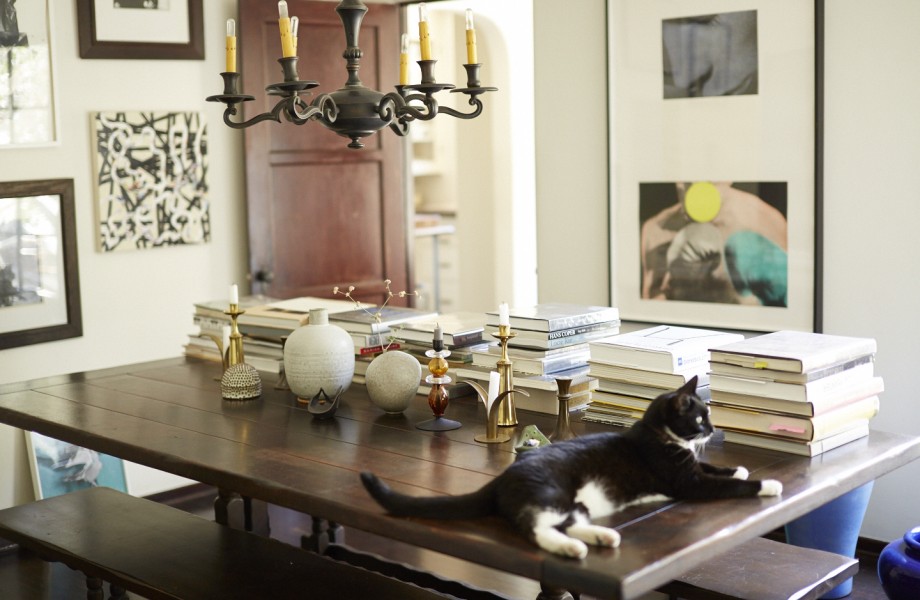 The smooth white stucco exterior reminds me the Adobe architectures in New Mexico and Southern Arizona, which reflects on the large Hispanic population.They have found their home in this quiet residential neighborhood long before this recent gentrification that has been happening in the past five to 10 years by so-called “hipsters”

Eric says “we met about three months after Ranney bought this house. I designed a garden plan and we collaborated on installing and plant selections.  We learned about native California plants by visiting the historical gardens in our neighborhood such as, Descanso gardens, Huntington Gardens, the Los Angeles Arboretum and Rancho Santa Ana botanical garden.”

“ In the early days, we went to the flea market every weekend. Pasadena City College, Rose Bowl and Long Beach, among others.  We collected furniture and accessories for our home as well as California pottery, as it was easy to find and pick up cheaply.  We did this for years, and amassed a lot of different shapes, sizes and makers from the 20’s to the 70’s. This pastime of flea marketing later came to inform Eric’s recent shift into making ceramics.”

Eric has had several jobs over the past 15 years. He was the founding art director for Flaunt Magazine, a senior art director at Capitol Records, as well as a freelance graphic designer. Now he is making ceramics full-time in his studio in a converted garage.  Ranney has had the same career teaching literature at a public Los Angeles high school.

“Highland Park is home to many feral cats!  We noticed the same cats in our yard.  These same cats started to have babies in the yard, “ Eric says. We rescued the babies and found homes for all of the kittens, but after the same cat had another litter, we trapped all four of the feral cats they had them all spayed/neutered, and brought them back and released them back into the neighborhood.”

They ended up keeping two of the kittens, Smokey and Rudy.

Eric goes on to say “it was not easy to give away more kittens! These kittens joined Izzy, the cat we also found outside on the street when she was four or five weeks old and separated from her mother. She is now four years old and not that happy about sharing the house with kittens.  But they are learning to get along.” 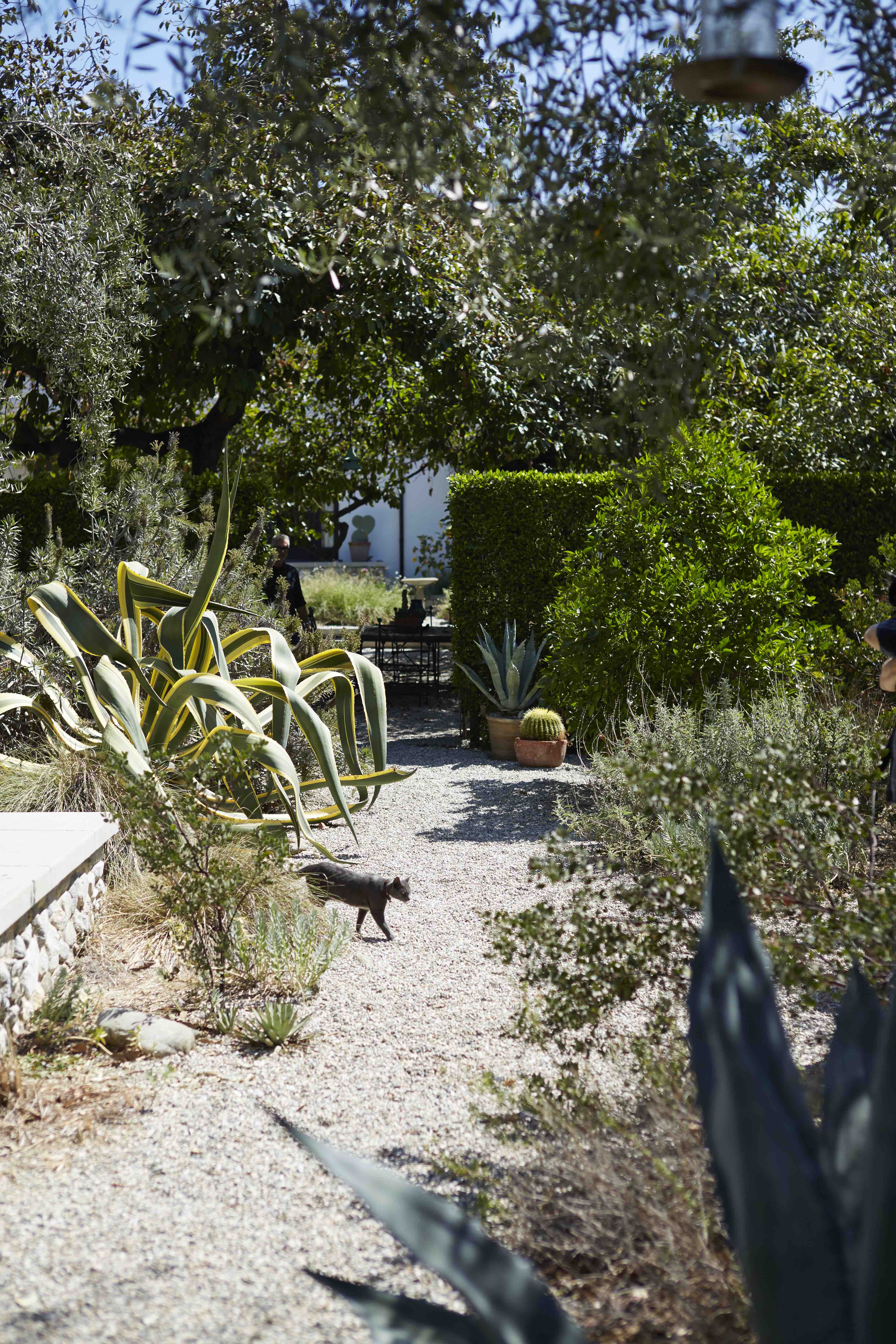 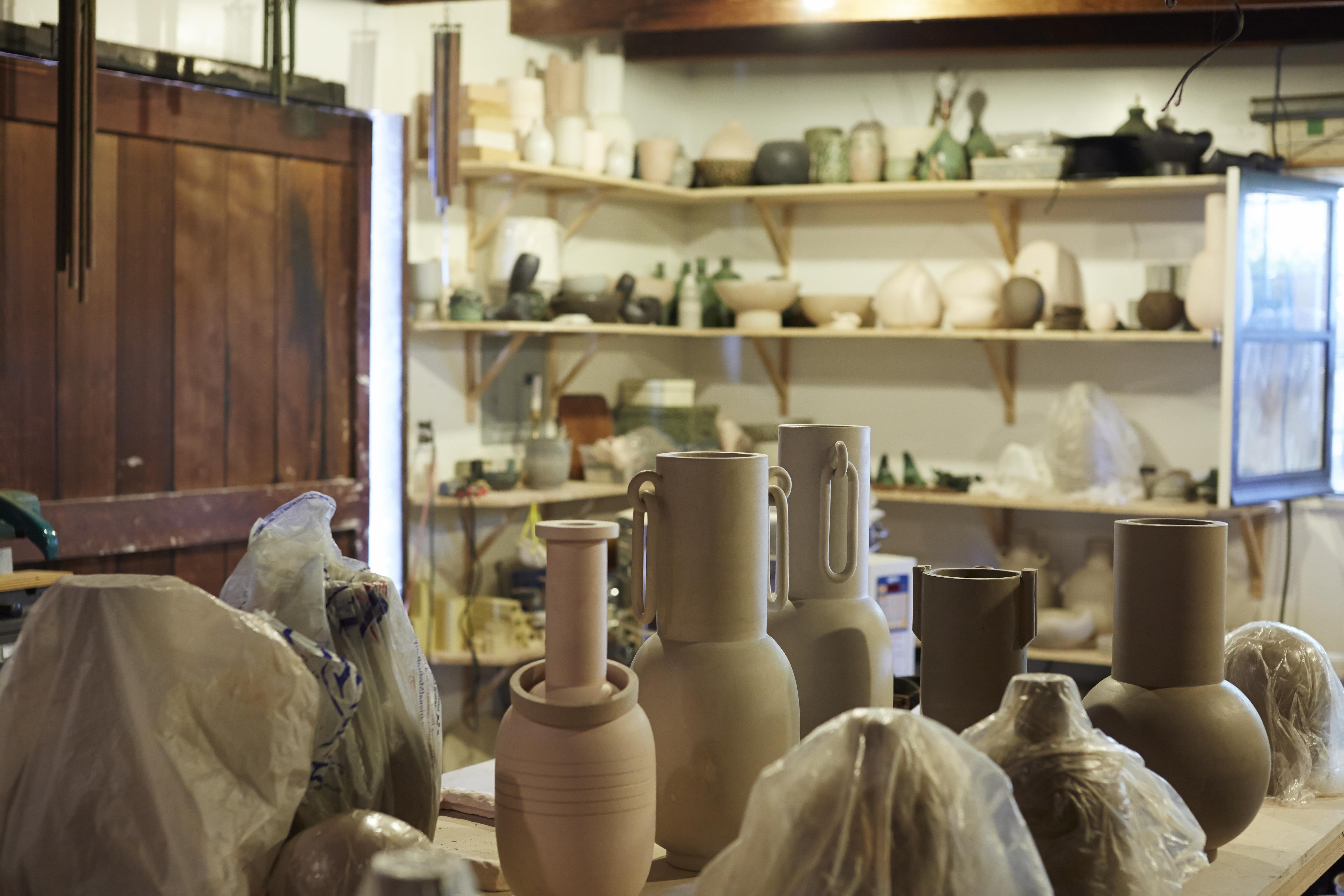 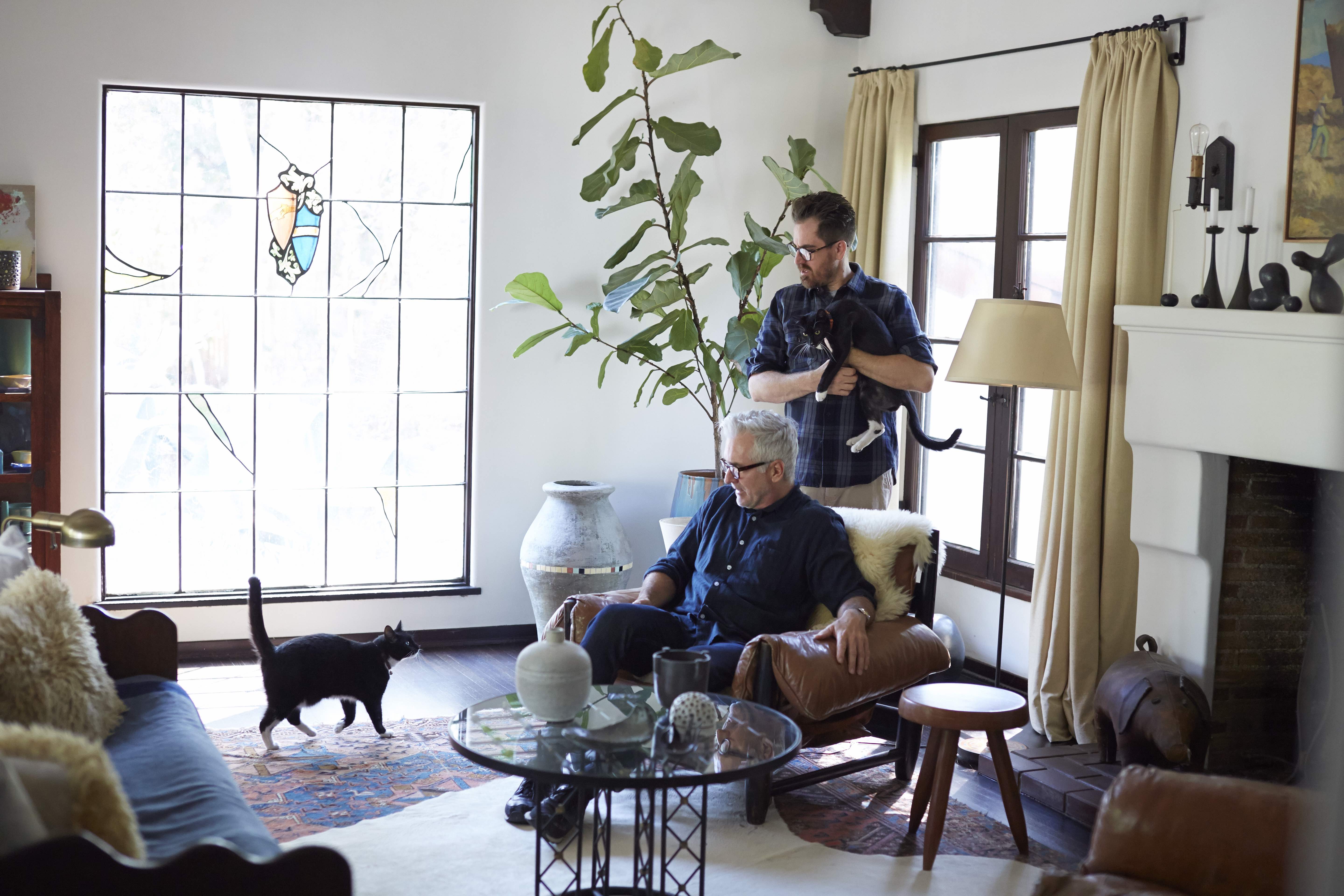